Going ‘Over the Edge’ to benefit Special Olympics

On Thursday, May 10, OLLI Wilmington program coordinator Andrea Majewski participated in the “Over the Edge” fundraising event to help benefit Special Olympics in Delaware, rappelling down a 17-story building in Wilmington. One of more than 90 “edgers” who signed up, Majewski participated in the event on behalf of Brandywine Realty Trust, and Power Plant Gym in Aston, Pa.

“It really was an exhilarating experience, and I’m grateful that I had the opportunity to participate,” said Majewski. 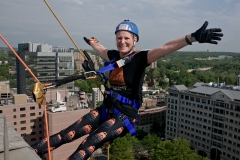 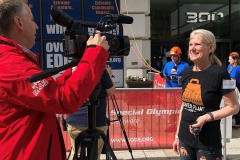 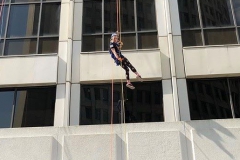 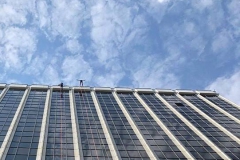 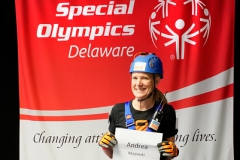 As a surprising footnote and unbeknownst to Majewski until the day of the event, longtime OLLI members Karl Leck and Jane Strobach served as official event photographers from the top of the building. “Karl was one of the first people I saw when I arrived at the training area, which was really reassuring,” said Majewski. “And Jane and I were just chatting away as I went over the edge, so much so that I was past the scary part before I even realized it.”

Added Majewski, “My daughter and my parents (who are OLLI members) were cheering me on from the street below. And I’m told the OLLI office staff all watched the livestream as it happened, so it really was an all-OLLI event!”

Photos courtesy of Over the Edge and Power Plant Gym